Ron’s first 2 museums took a fair amount of time and effort to set up, but the 3rd museum demanded a MASSIVE amount of work.  Ron was impressed that it was very important to set up a museum on the outskirts of Nashville, outside of the big city, and he chose a location that was right next to Exit 27 on the I-65 freeway in Cornersville, TN. The building was an old abandoned gas station, and this is what it looked like when Ron took it over and began fixing it up.  The roof had to be redone, the windows were boarded up and some of them were broken and had to be replaced, the plumbing had to be fixed, the bathrooms had to be redone, and they had to install an air conditioning unit, etc. — it took a LOT of work, most of which was done by Ron, Richard Rives, and Randy Osborn!

As if doing all that work on the gas station building wasn’t enough, they also had to build a house for Richard Rives and his family to live in.  It’s located right across from the museum, and it’s one of those aluminum airplane hanger style buildings. 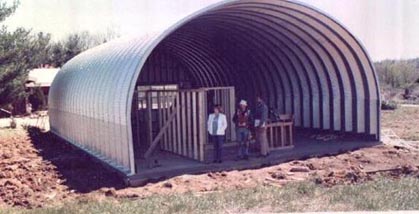 Ron asked me to do a large painting of Noah’s Ark on the wall of the back room of the museum, and I was happy to do it for him.  It took me two days, while standing on a ladder (not my favorite position to be in while doing my art).  The original version of this scene appears in my Dinosaur book, and here’s what the wall looked like after I blocked in the basic shapes, and then here’s a picture of the finished painting! 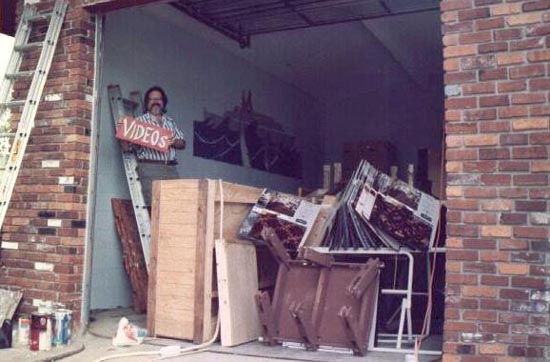 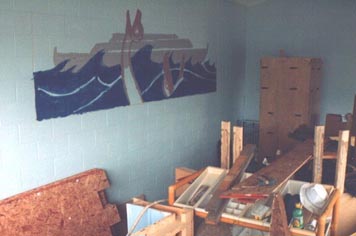 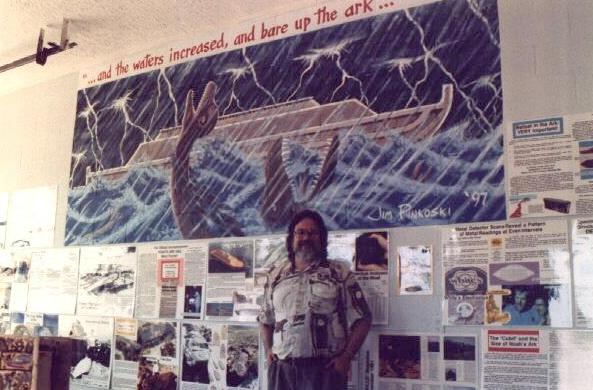 As everyone can see, I had put a couple of drowning dinosaurs in my Noah’s Ark painting, but Ron thought that they interfered too much with the view of the ark — so sometime after I left town Ron had Richard Rives touch up my painting and he “edited out” my two drowning dinosaurs!  I saw it a couple months later — and my dinosaurs are now submerged beneath the waves . . . (glub, glub, glub ) . . . 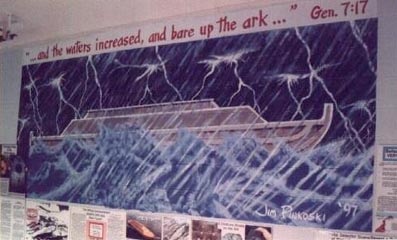 The Ark of the Covenant Display in the Cornersville Museum

Unfortunately, this museum had far less space than our previous two museums, so we did not have the room to do an official Ark of the Covenant display for this museum.  Someone did a large airbrush painting of my Ark illustration as a wall tapestry, and it fit nicely in the back of the room over the old garage door of this old gas station building. 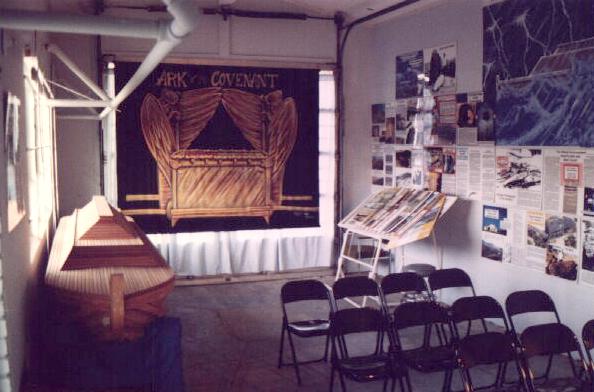 The wall space in the Cornersville museum was extremely limited — I was never happy about where we posted the photoboard display of the Ark of the Covenant pictures, but there was no other way to do it. 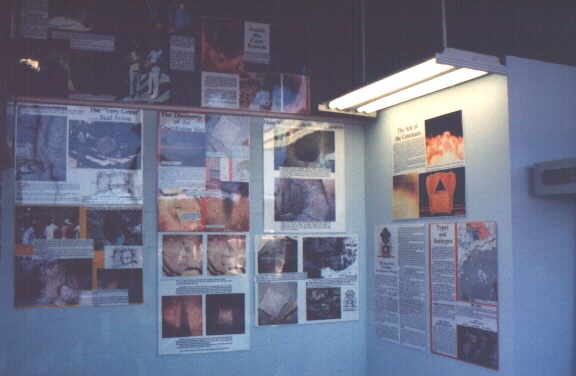 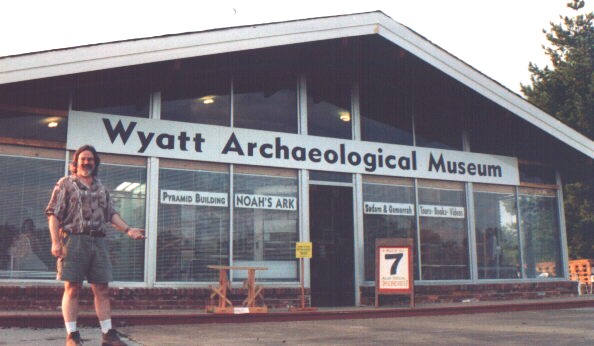 The photo below is a picture of Ron working on the old rusted railing of the old gas station’s rolling door — it’s one of the few photos I ever took of Ron at work on the Cornersville museum. 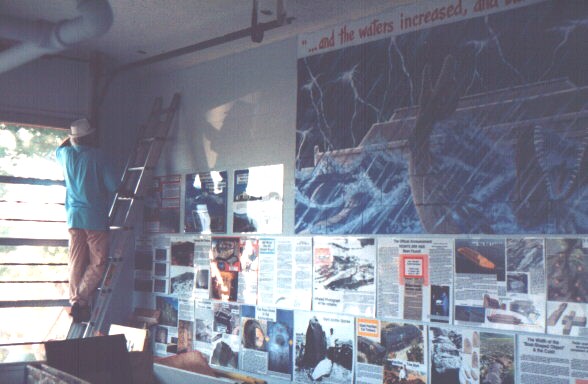 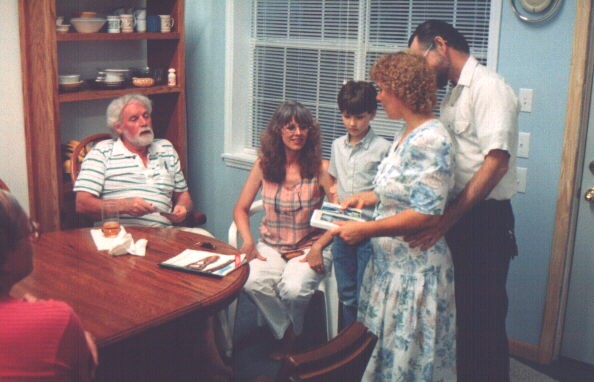 All the hard work is finally completed, and everyone can sit back and relax!  There’s Ron and Mary Nell, one of Richard’s young boys, Randy and his new wife Mary, and Bill Fry in the foreground (and me taking the picture!)

Museum Hours:   Sunday through Friday, 9am to 5pm

(c) 2000, Jim Pinkoski. Jim’s photos and text on this web page are the protected private property of Jim Pinkoski. It is offered freely for your review on this web site, however, any reproduction of further use of any text or images contained in this material must be done only with prior written consent of Jim Pinkoski.