The Pyramids at Giza

It’s always been a “mystery” how the ancient Egyptians built the pyramids — but I firmly believe that Ron Wyatt SOLVED THE MYSTERY! 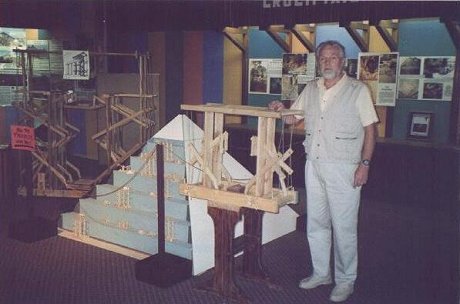 Ron built several different variations of his lift machines that ranged from mere inches in height to a giant-sized one that he used to lift his van!

The Greek historian Herodotus lived in the 5th century BC and traveled extensively in Egypt, and he wrote this account of how the pyramids were built — after Ron read this, he designed his lift machines!

“The method employed was to build it in steps, or, as some call them, tiers or terraces. When the base was complete, the blocks for the first tier above it were lifted from ground level by CONTRIVANCES MADE OF SHORT TIMBERS; on their first tier was another , which raised the blocks a stage higher. Each tier, or story, had its own set of levers, or it may be that they used the same one, which, being easy to carry, they shifted up from stage to stage as soon as its load was dropped into place… The finishing-off of the pyramid was begun at the top and continued downwards, ending with the lowest parts nearest the ground.” 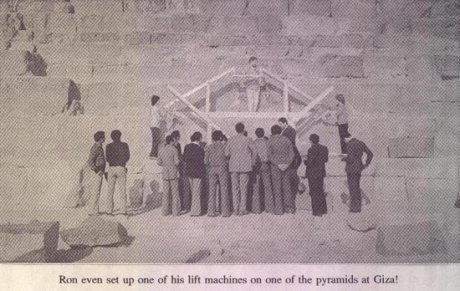 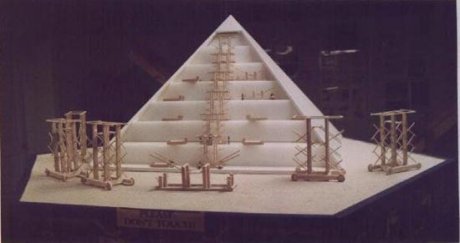 All 3 of Ron’s museums had varying types of displays showing people Ron’s pyramid building machines, and the visitors to our museums were always fascinated by these machines! 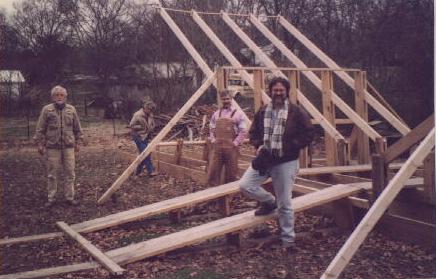 If you want to see what happened when Ron Wyatt drove his van up onto this full-sized lift machine, then you need to order a copy of the Exodus video from W.A.R., or order a copy of my Special Video #1 .

(c) 2000, Jim Pinkoski. Jim’s photos and text contained herein are the protected private property of Jim Pinkoski. It is offered freely for your review on this web site, however, any reproduction of further use of any text or images contained in this material must be done only with prior written consent of Jim Pinkoski.