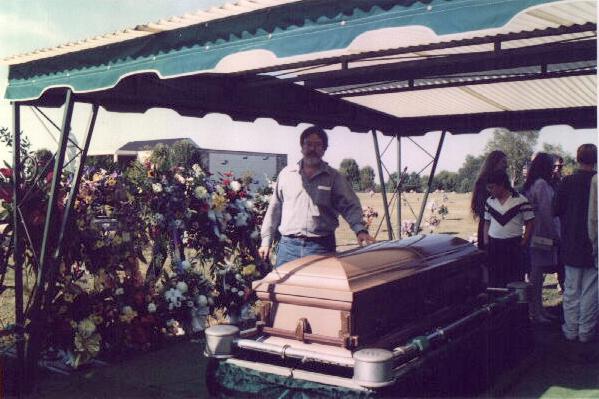 Ron Wyatt went to sleep in the Lord on August 4th, 1999, and he was laid to rest on August 6th, 1999, at the Polk Memorial Cemetary in Columbia, Tennessee.  The funeral was conducted by William Wyatt, one of Ron’s ten siblings.

Ron came from a sizable family.  He had 5 sisters and 5 brothers, 2 of which had already died of cancer.  In 1998 Ron found out that he had colon cancer, and he went into the hospital to have an operation, and they hoped that they got it all — but several months later, as Ron was returning from a presentation in New Jersey, he had a pain in his right hip and he had trouble walking through the airport, and he had to use a wheelchair. When he got home and saw a doctor, they discovered that the cancer had spread to other organs.  For 5 months Ron was in considerable pain — he tried both medical remedies and natural health remedies, and needed to be on some very powerful pain killers.  Sandra and I visited Ron and Mary Nell only once during this period, on April 21, 1999 at their new home in Spring Hill, Tennessee which is only about 15 miles from the museum in Cornersville.  It was the last time we ever saw Ron alive.

When we got to the funeral, I found out that I was on the list to be one of the pallbearers. Over the years I have been to very few funerals, and my wife and I considered this to be a great honor — but as you can see, a lot of Ron’s other close friends and co-workers came to the funeral, so I decided to let them be the ones to carry the casket, and I would instead film the funeral.  I knew it would be important to do this, especially since there were only 2 video cameras at the funeral. 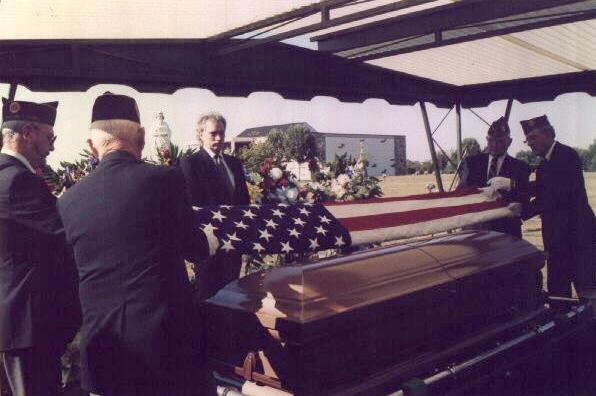 Over the years there have been a number of people who call themselves “Christians” who have been spreading various lies about Ron, including the lie that Ron Wyatt was not a Korean War veteran — Ron WAS a Korean War veteran!  At the funeral there was a military honor guard, and these men folded the American flag and presented it to Ron’s widow, Mary Nell Wyatt — it would have been against the law for these men to do this if Ron Wyatt was not a veteran!

William Wyatt and Marty Plott spoke and prayed at the gravesite.

“For this we say unto you by the word of the Lord, that we which are alive and remain unto the coming of the Lord shall not precede them which are asleep.  For the Lord shall descend from heaven with a shout, with the voice of the archangel, and the trump of God:  and the dead in Christ shall rise first:  Then we which are alive and remain shall be caught up together with them in the clouds, to meet the Lord in the air:  and so shall we ever be with the Lord.  Wherefore comfort one another with these words.”    1 Thessalonians 4:15-18 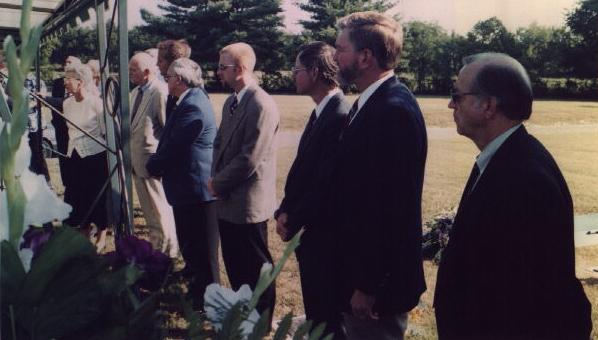 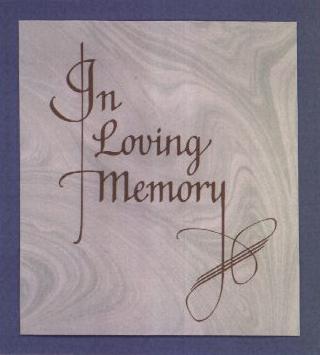