For many years Ron Wyatt had hoped to be able to set up a museum for people to come and see his discoveries, and his dream came true in 1994.  Ron’s 1st museum was set up inside the beautiful GATLINBURG PASSION PLAY COMPLEX ! 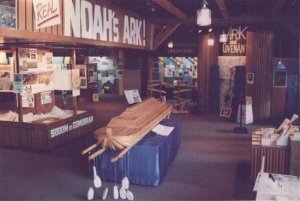 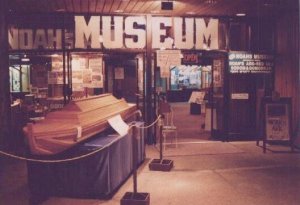 BELOW:  The ribbon cutting ceremony of our Grand Opening! 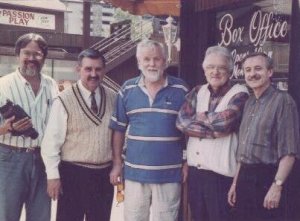 It’s a very interesting story of how Ron managed to open his 1st museum in Gatlinburg, Tennessee, and it began with this pastor gaining the use of this beautiful complex. This building was originally an IMAX theatre — it took 2 years to build the complex at a cost of $12 million, but then it closed down after being open only 2 years — it sat there empty for 10 long years until Pastor Corky flew to New York and asked the owners to donate the building so that he could do a Passion Play.  The owners were “desperate” to put someone into the building, so it became a Passion Play in 1992!  Shortly after that Pastor Corky saw a sand sculpture artist doing a sculpture in a local mall, and he was impressed to hire this man to come and build a huge 80,000 pound sand sculpture of Noah and the animals in the main lobby of his Passion Play Complex! 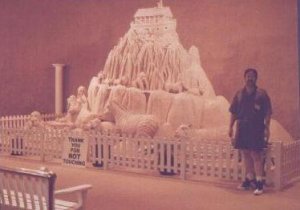 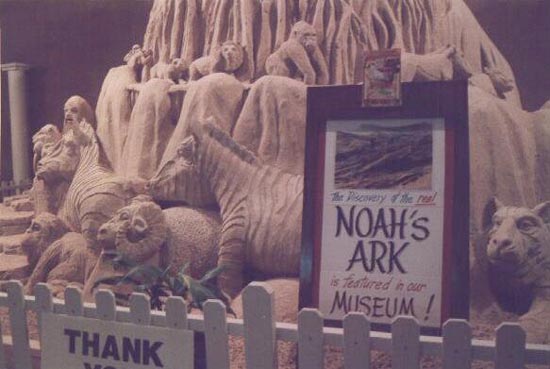 It was David VanKoevering , one of Ron’s friends in Nashville, who had come to see the Gatlinburg Passion Play, and when he saw that gorgeous Noah’s Ark sand sculpture in the lobby of the building, David mentioned to Pastor Corky that he had a friend who was looking for a place to open up a museum and that this person “just happened” to be the man credited with the discovery of the REAL Noah’s Ark!  Ron called me up and asked if Sandra and I would like to take a drive over to Gatlinburg with him and David to see the complex — so that was how we found the location for Ron’s 1st museum.

ABOVE and BELOW:  It was a lot of hard work to put together this museum — these photos were taken off of my video of the work we did on the Ark of the Covenant display.  (The video contains lots of “behind the scenes” footage — a “must have” item for anyone who appreciates Ron’s work, it’s only $7)

ABOVE:   Ron and Mary Nell behind the counter answering questions, Ron showing his samples. 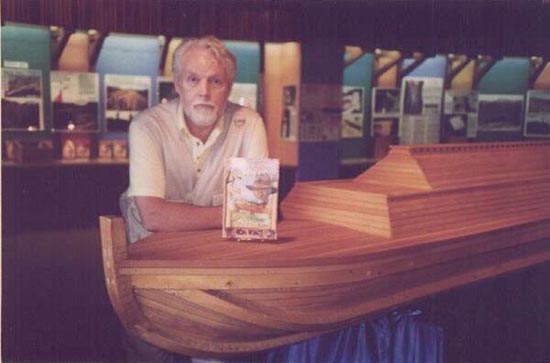 ABOVE:  One of my promotional photos of Ron.    BELOW:  A photo of Ron’s 15-foot model of Noah’s Ark set up inside the beautiful Gatlinburg museum! 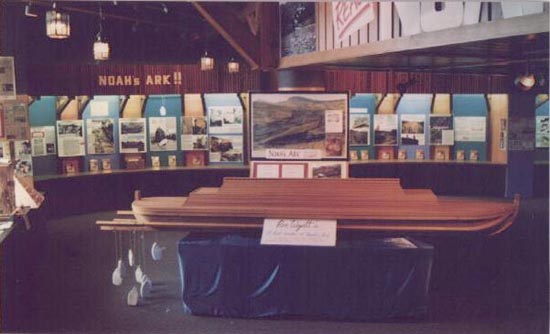 The Museum of God’s Treasures inside the Gatlinburg Passion Play Complex had over 7,000 square feet of display space, and the Lord arranged it that we were in this complex RENT FREE for 2 1/2 years!  There was no way Ron could have ever afforded to “rent” this type of building — it would have cost at least $7,000-$10,000 a month!  All of Ron’s money was going into paying for his overseas trips and equipment, etc., so the Lord performed an absolute MIRACLE for us and put us into a beautiful $12 million building in beautiful Gatlinburg, Tennessee!

During the 1994 Grand Opening of the Gatlinburg museum Ron walked over to the Ark of the Covenant display and pulled aside the blue curtain — and he did a short talk about how he made this discovery in 1982 . . .

As far as I know, I was the ONLY person there who videotaped this important talk — if you would like to get a copy of it, please contact me at pinkoski@netzero.net 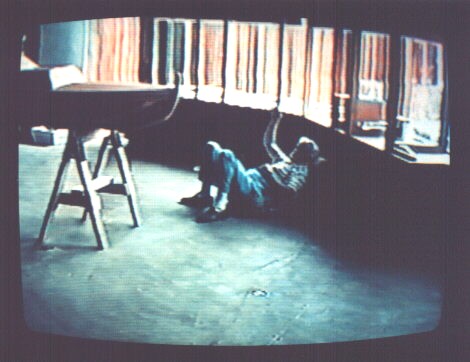 NOTE:  The only W.A.R. museum that is currently open is the one in Cornersville, TN — go to www.WyattMuseum.com for location and info!

To see pictures of the 2nd and 3rd Museums, look on the left sidebar and click on Museum #2 or Museum #3!