My late “ex” brother-in-law in Berkeley 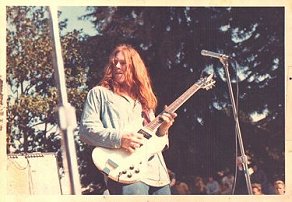 ABOVE:  This is my 1969 photo of my “ex” brother-in-law, Dave Carpender — (he and my sister were together for 13 years) — Dave was one of the best lead guitarists in Berkeley, and in the early 1980s he did 5 albums with THE GREG KIHN BAND.  They had some big hit songs like “Jeopardy” and made some music videos — and then the stress became too much for him, and he quit the band.  When I saw all the hassles he had to go through, I was GLAD I never tried to become a professional drummer! 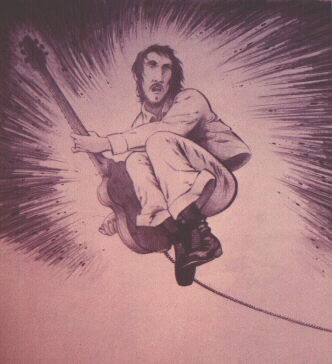 I saw The Who 4 or 5 times, and I did this pencil illustration of Peter Townsend back in 1981 — in fact, I was there in the audience in 1974 when their drummer Keith Moon passed out and they asked for a drummer come up from the audience to play a few songs with them!   Nope, I wasn’t close enough to get there first, so another fellow got to play drums with The Who!  But I was right there in the audience that night, and I’ve seen this event shown in documentaries about the band.

BELOW: My art & drum room in 1976 (as I was working on a book I would put the pages up on the wall there on the left to see how things were progressing — notice the “earthrise” moon photo on the door and the Stanley Kubrick 2001 movie poster) . . . 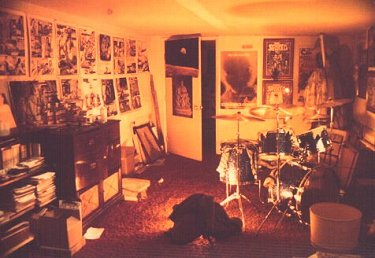 BELOW:  Me and a couple other friends painted these figures of Superman and Spiderman and Mickey Mouse and Mr. Spock on the front of our comic shop in San Jose, California back in 1975. 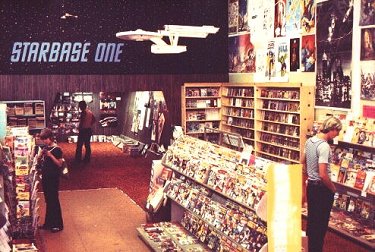 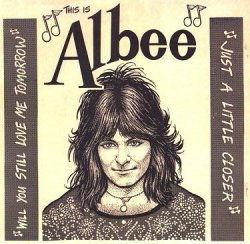 BELOW:  I did 10-12 rock and roll posters during these years, the most “famous” one being this Grateful Dead poster for the UC Davis campus in 1982 — years later I saw it in print in a $25 hardcover book of rock posters, which was a complete surprise. 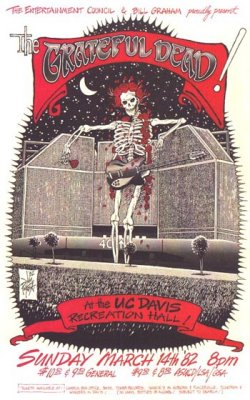 BELOW:  A cover I did for MFG #43 in 1972 featuring JEFF HAWKE, one of my favorite SF strips from England (there is a JEFF HAWKE fanclub and they have been publishing their COSMOS fan magazine, check it out on the Internet)! 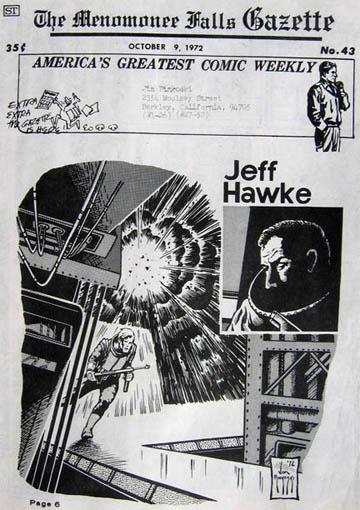 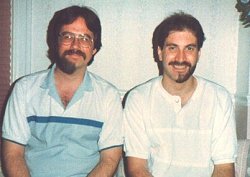 One day back in 1986  a friend of mine and I both decided that we would shave off our beards — so for the fun of it WE ONLY SHAVED OFF HALF!    We spent the the day walking around town doing various things and looking like a couple of “really strange guys” — we had some laughs, took some photos to remember our foolishness, and then we finished shaving off the 2nd half of our beards that night.  BELOW:  A 1975 photo of me and my cat “Moose”… no beard … 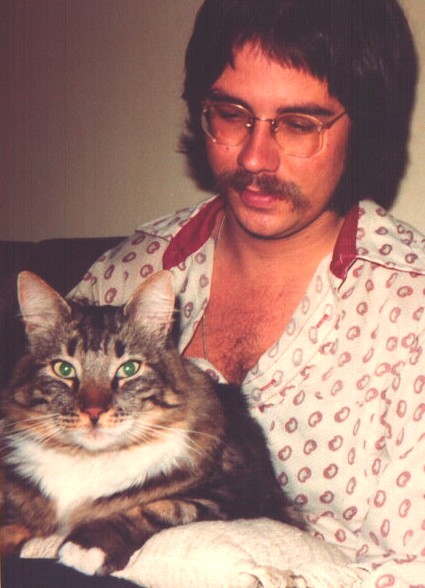 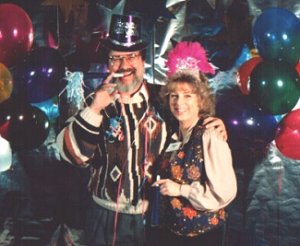