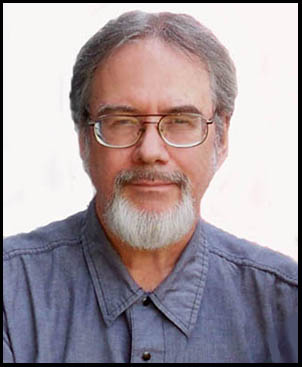 Ever since I began working on my Banking Solution in 1981, I have tried my best to imagine what the world could be like…. and how things could be “fixed” so that all humanity could flourish in the 21st Century.

This is a write-up that gives an overview of those ideas. 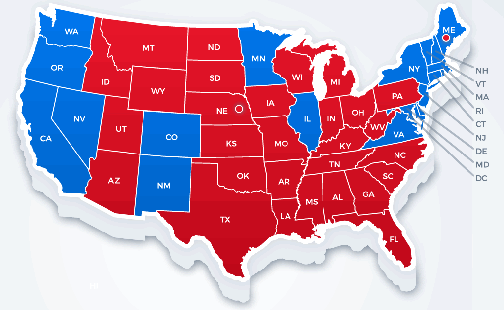 This country is is so politically divided that government is nearly unable to get anything done — so my suggestion would be to have TWO presidents — the winner of the presidential election would be THE President of the United States…. but the losing candidate would be “The Secondary President”… he would be the head of his states, whatever their color.  THE President would control national policy and have control of the Nuclear Football…. and each President could direct the functioning of their Red-or-Blue States….

If the Red States want to ban abortions, they could — and the Blue States could continue to keep abortion legal.

When the swearing-in ceremony takes place every 4 years, each President will take an oath not to secede from the Union.  This country will remain The United States of America — no state(s) can secede!  And each political party can “do their best” to make their states flourish.  Be they Red, or be they Blue — they will do their best.

Back in the 1980’s I did a comic strip where I suggested a solution for creating more jobs — to do so by splitting each of our 50 states into 100 states!  Thus needing twice as many governors, etc. — this idea was based upon the way that Northern California hates Southern California for taking so much of their water, so splitting them into 2 states would be a natural thing to consider…. so we split them all…. 50 states become 100 states!  More jobs to run twice as many state governments….

BTW, with my One Bank the southern part of California would easily be able to build numerous Desalination Plants that could pipe water inland to water all their crops.  The One Bank would function for both the Red and the Blue States — and each State gets to do their best for society.  Chances are that there will be no need for collecting taxes, because the One Bank has no problems finding $$$ to do the things society needs to do! 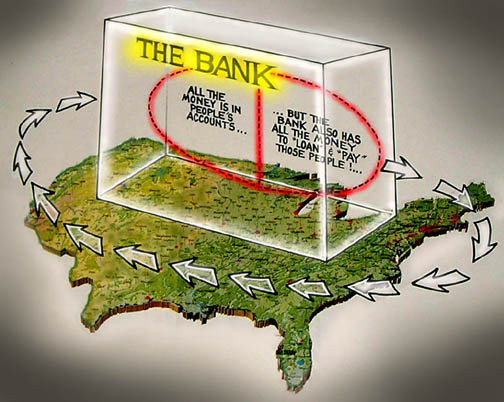 The One Bank (which merely links all the existing computer systems of all the banks in America), would prevent ALL foreclosures — taking just a percentage of monthly incomes to pay mortgages/rent — unlimited new homes can be immediately built for those who need them — the National Debt will stop climbing, no more $$$ will be borrowed from other sources, $$$ will be inflated into existence within the One Bank to meet the needs of society!  And the National Debt will be “paid off” by periodically using the $$$ brought in monthly for mortgage payments… (mortgage payment monies will vanish out of existence, back to where they came to make those mortgage loans — unless used to pay off the National Debt)….

The One Bank will cover reasonable charges for critical health care (no more $25 aspirins!!) — and it’s a bank that is not worried about “getting its money back”…. peoples’ health is more important!!

The One Bank would fund these things — and not worry about “getting the $$$ back”….

The 2 forms of Inflation SOLVED

There will be no more need for Insurance Companies to cover houses — when a flood or fire destroys a house, its debt is removed, and a new loan is granted to build a new home by the One Bank.  We might keep the Insurance Companies that cover automobiles & trucks, etc. — the people who buy cars must pay for them from $$$ they’re earning, and if they can’t keep making their payments, those cars could be re-possessed.  And if they get into accidents, they are financially responsible.

Covid-19 has wrecked havoc with people working their jobs and being able to pay their mortgages and rents — but with the One Bank system in place, it won’t matter!  No one will be foreclosed on, and no one will be evicted!  Society needs to focus on dealing with staying healthy, and not be tortured by concerns over losing their homes.

Why should anyone listen to Me?

I’m a Christian who worked with the man who is credited with these discoveries: 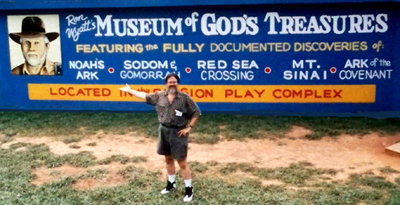 In 1994-1996 I managed Ron Wyatt’s 1st Museum, where for the very first time we shared the documentation of Ron’s extremely important discoveries with the entire world — **WITH THE WHOLE WORLD** — so it is up to you folks, do you or don’t you think you should listen to me?  And give my ideas some serious consideration?

Everyone wants certain problems in this world fixed, and I have spent decades trying to do this — and, on top of it all, I “just happened” to work with the man whom GOD used to find some of the most important biblical archaeological sites on the planet!!

All I have ever wanted was to see a national discussion of the merits of my banking solution, and respect paid to the discoveries I’ve spent the past 30+ years working with…. SO CAN WE BEGIN THE DISCUSSION?

We SERIOUSLY NEED TO correct and “reboot” society — and IMPROVE IT — and we-the-people should be able to do it if we want to do it!!!