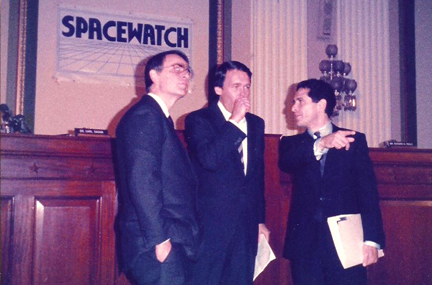 My 1987 meeting with Carl Sagan

When I lived in the Washington D.C. area from 1985 until 1989 or so, one of my roommates who worked at NASA let me know that Carl Sagan’s SPACEWATCH organization was looking for a cartoonist to do cartoons for their newsletter — I applied for the job — and **I GOT IT**!  So there I was in D.C., doing polictical cartoons in Carl Sagan’s SPACEWATCH newsletter!
This organization was founded to speak out against President Reagan’s “Star Wars” program, pointing out the potential dangers of putting computer-controlled weapons into space.  On Tuesday, November 17, 1987 a debate was held in the Cannon House Office Building (one block from the Capital Building in Washington D.C.)   Carl Sagan and three others participated in this debate, and, because I was the SPACEWATCH organization’s “resident cartoonist,” I got a front row seat at the debate!  I am in the bottom left corner of the this crowd photo (this was taken during one of my rare “clean shaven” periods in my life) . . . 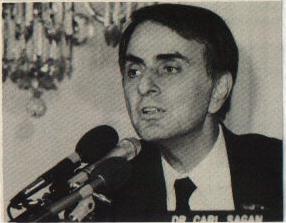 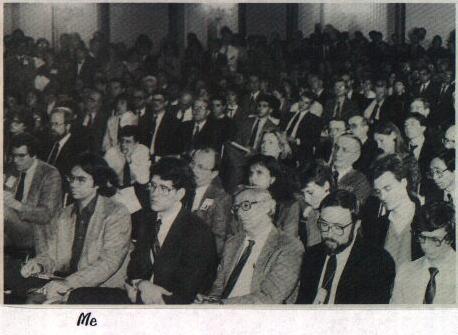 After the debate, I went up and introduced myself to Carl Sagan, and I asked him to autograph one of my cartoons — and he was more than happy to do so! 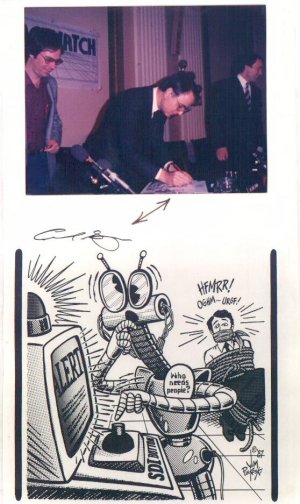 After Carl Sagan had finished talking with everyone, I went back up to him and told him I was a Seventh-day Adventist and I gave Carl a copy of my recently published book, The Prophecies of Daniel and Revelation — he graciously accepted it, and he told me, “I shall read it.” 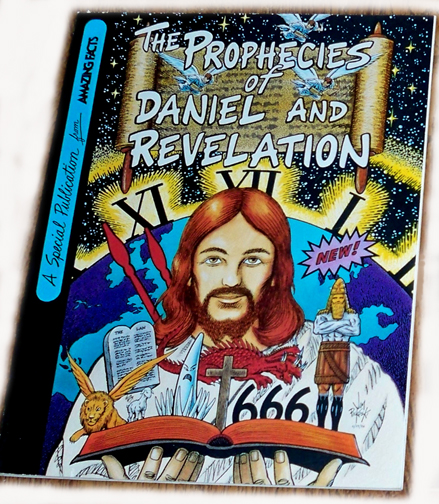 And that was the one and only time I ever met Carl Sagan.  No, I never heard what he thought about my book…. 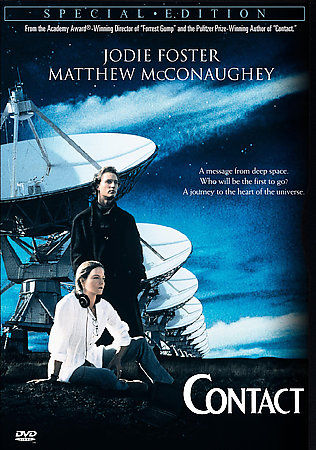 Over the years whenever I would get discouraged about being stuck here on this sinful world and want to “put things back into the proper perspective,” one of the things I like to do is sit down and watch the opening sequence from Carl Sagan’s movie CONTACT — that trip through the Universe is spectacular! 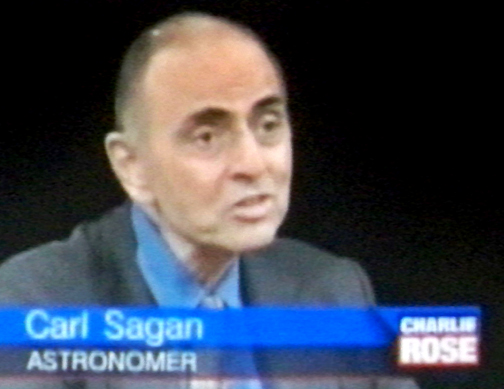 Carl Sagan died on December 20, 1996 after a 2-year battle with bone cancer — and I heard that before he passed away Carl met with and talked with some Seventh-day Adventist pastors…. I would like to think that my 1987 meeting with Carl Sagan helped to “plant a seed” that may have taken root as he neared the end of his life?… After all, we live in a Universe where GOD loves all of us and desires that we should all be saved — maybe, just maybe, we will see Carl Sagan in heaven?….

* Back when in the 1970s when Carl made one of his appearances on Johnny Carson’s The Tonight Show, I can still remember him showing that short film entitled The Power of Ten  — that little film made a very big impression on me back then!  It was the precursor to that great sequence in CONTACT — see www.eamesoffice.com 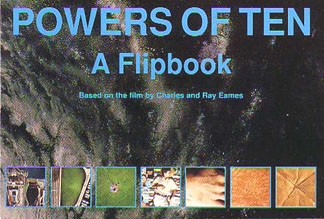 Carl Sagan’s “Demon-Haunted World”
On page 255 of Carl Sagan’s book, The Demon-Haunted World, he discusses “the advance of science” and how “a few saintly personalities stand out amidst a roiling sea of jealousies, ambition, backbiting, suppression of dissent, and absurd conceits” — Carl goes on to mention “the fastest gun in the west syndrome” wherein today’s “up and coming” scientists strive to make themselves noteworthy by SHOOTING DOWN the material of other people just so they can look good . . .

Carl Sagan also made this observation about “organized religions” on page 34 of his book:

“This is one of the reasons that the organized religions do not inspire me with confidence.  Which leaders of the major faiths acknowledge that their beliefs might be incomplete or erroneous and establish institutes to uncover possible doctrinal deficiencies?”
Believe it or not, I am 100% in agreement with Carl Sagan’s statement — let me explain . . .
*   *   *
One of the most dangerous words in the world: “ETHNOCENTRISM”!
“Ethnocentrism” means “my group is superior” — my group is “better” than your group — when I was back in 3rd or 4th grade in the 1960s taking my English classes and the teachers would give us new words to learn, I have no idea why it was, but this word was the one word that stood out in my mind above all other words!  As the years passed, I found out why it was such an important word to understand — because the world is full of “ethnocentric” people who are really a royal pain to deal with!
And here is how “ethnocentrism” applies to the world’s various religious denominations and Carl Sagan’s statement:
There can only be ONE “right” version of each religious doctrine — but ALL the various denominations are running around thinking that their interpretations are the “right” interpretations!  And because each of these religious institutions do not want to be “proven wrong,” THEY REFUSE TO SET UP INTERNAL INSTITUTES TO REVIEW AND CORRECT THEIR DOCTRINAL DEFICIENCES!
Carl Sagan was undoubtably refering to certain events wherein “science” challenged “religion” in the past, and the religious leaders of the day did not want to listen to or really investigate Galileo’s claim that the earth revolved around the sun — but Sagan’s statement can be applied to ALL the differences of opinion in regard to religious doctrine.
People just don’t want to “listen”!
A billion Catholics live on this planet and they have formed a huge group that honestly thinks it has the right interpretation of God and religion, and they will not listen to Martin Luther’s Protestant group — and the billions of Moslems and Buddists and Hindus refuse to listen to the Christians  –and the Lutherans don’t want to listen to the Episcopals — and the Baptists don’t want to listen to the Methodists — and the Pentecostals don’t want to listen to the Presbyterians — and the Pre-Trib believers won’t listen to Post-Trib believers — and the Jehovah’s Witnesses and the Mormons won’t listen to the mainstream Christians — and the New Agers won’t listen to anybody but their channelers and spirit guides and psychics — and the secular Darwinists and atheists won’t listen to anybody who believes that God exists!   And billions of Sunday-keepers are reluctant to listen to the Sabbath-keepers . . .
“Ethnocentrism” is running rampant in this world!!
But ONLY ONE of these groups can be “right”…

It’s a real shame that these groups won’t honestly sit down and “talk with each other” and do so with the desire to really know the truth about God — because an honest study of the Bible WILL settle all these differences!  Unfortunately, a lot of these people would rather “die” than give up their ethnocentristic belief systems — and God shall sadly accomodate their wishes at the 2nd Coming.
Why?  The answer is in Hosea 4:6 — “Because you have rejected knowledge, I [God] will reject you!”
The only hope that a person has here at the End of Time is for them to trust in God and BE WILLING TO STUDY THE BIBLE — AND ACCEPT THE TRUTH CONTAINED THEREIN.  God will show the truth to any honest-hearted person who really wants to know the truth — but unless a person is willing to “un-learn” a few things, there is no way that God can reach them!
Should I join the “majority”?
The majority has NEVER been right with God — so don’t expect to find the “majority” to have the right answers.  God’s TRUTH has never been popular with the “majority,” and God has warned us in Matthew 7:13-14 that, “Wide is the gate that leadeth to destruction, and many there be which go in thereat; because straight is the gate and narrow is the way which leadeth to life, and few there be that find it”!

God wants us to worship Him “in spirit and in TRUTH” — and that means that the TRUTH about each and every doctrine can be discerned from an honest study of the Bible!  But the TRUTH of God is like a treasure hidden in field — it will take effort to find it!
Whom should you listen to?  With whom should you come study with?

Carl Sagan came and talked with the Seventh-day Adventists. 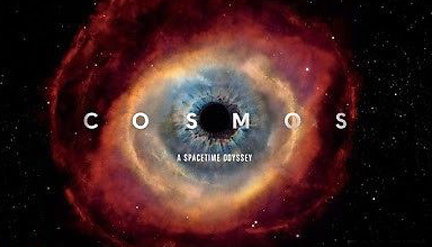 A 2nd version of COSMOS is airing on national TV wherein the existence of the Universe is again being discussed from the viewpoint of the “Big Bang” and “Evolution” without including any consideration of GOD being involved in the process — even though there are are hundreds of scientists who have come to the conclusion that GOD did create the entire Universe and all life within it!