The Most Valuable PRINCE VALIANT Original on the Planet ! 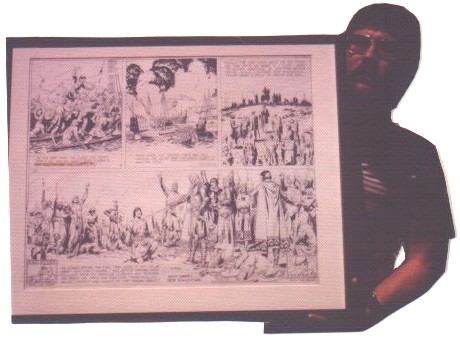 Hal Foster did the PRINCE VALIANT comic strip from 1937 until 1971, a beautiful work of art that stressed family values, the beauty of nature, and the story of a Christian knight “fighting the good fight.”  I have collected nearly the entire run of Foster’s strip, and back in 1978 I had the chance to see and hold the original art to the high-point of the strip, the 1939 page where PRINCE VALIANT was knighted on the field of battle by King Arthur!  This page is worth thousands of dollars — and it was nearly destroyed when a basement in Oakland was being cleaned out in the 1970s, but it was saved at the last moment!  As an artist/cartoonist, seeing this original was a high-point of my early life!

ABOVE:  Some of the PRINCE VALIANT panels I copied and colored in the 1970s. 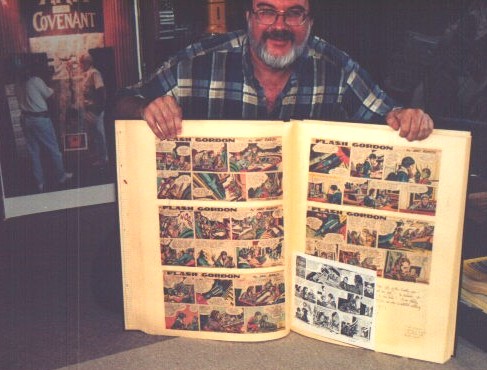 ABOVE:  I grew up collecting the FLASH GORDON Sunday comic strip from 1960-1967 — the artist was Mac Raboy, and I STILL consider his work to be some of the finest artwork ever done!  I put together a giant folder of his work, plus I own around 7 of his originals.  Mac died in 1967, so I never had the chance to meet him. 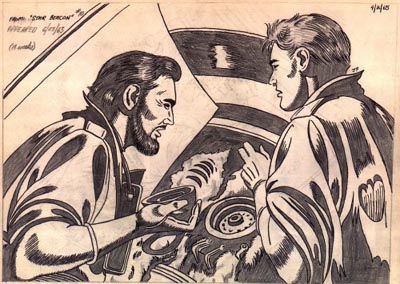 ABOVE:  This was how I learned to draw — by copying other good artists!  I traced and copied this scene of Flash Gordon and Dr. Zarkov when I was 14 in 1965. 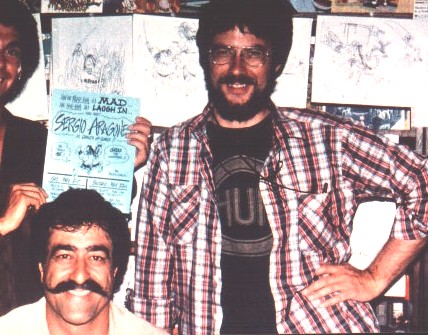 Speaking of cartoonists, here’s a 1978 photo of me and Sergio Arigones, one of the MAD magazine artists — we had a lot of artists come to our comic shop to meet their fans and sign autographs. 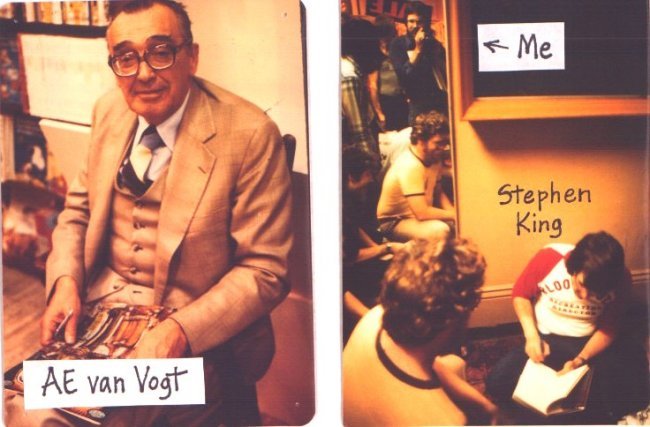 I read a lot of science fiction in the days before I became a Christian — my favorite SF book was A.E. van Vogt’s “The Voyage of the Space Beagle” (it inspired the movie “Alien”) — and yes, I even read a lot of Stephen King’s work.  My two favorite novels were “The Shining” and “The Stand,” and I took this photo of King when he was in Berkeley for a writer’s convention (you can see me in the mirror taking the picture). 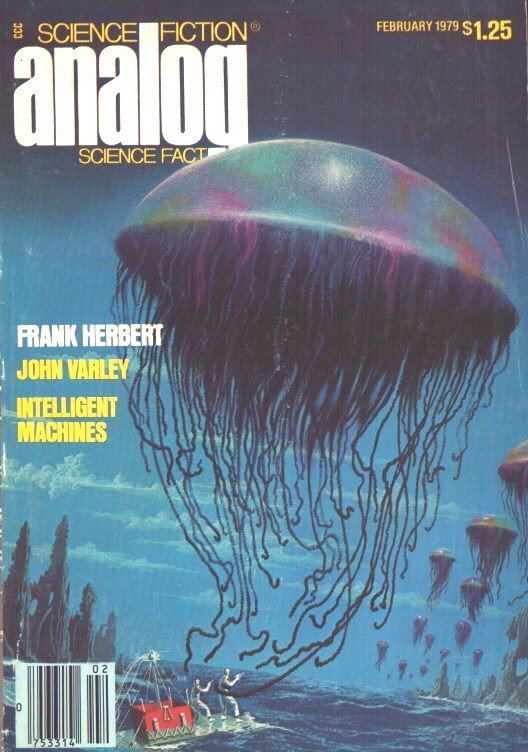 A friend of mine who worked at our comic shops was also a struggling SF writer — his name was Eric Vinicoff — and Eric liked to use the various names of his friends as the names of the characters in his stories.  That’s how “Pinkoski the whaler” showed up in this February 1979 issue of ANALOG! 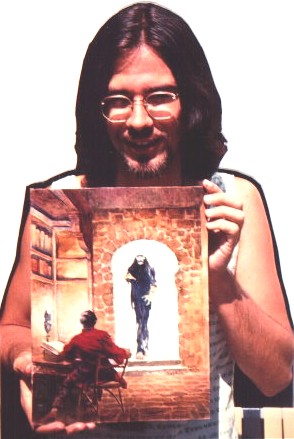 ABOVE:  This is a 1971 photo of me holding an original Frank Frazetta painting — Frazetta was the artist who did a lot of amazing work on the TARZAN and CONAN pocketbook covers in the 1960s.   Yep, I had hair down to my shoulders and rimless glasses back then. 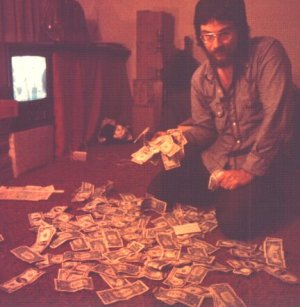 ABOVE:  “Money” — the 2nd most frustrating thing in the world to deal with!!!!!!  (“Women” are #1, of course — <grin> –)  This photo was taken in 1976 as I put together the last deposit from the San Jose Comic Shop just before I went to New York to spend 2 months trying to get into the comic book field (DC and Marvel Comics are in N.Y.) —  “Money” has always vexed me — it has been a real PAIN to deal with, like when I ran out of money after being in N.Y. for 2 months and had to return home to California at the time!   It has always seemed that I have mostly been paid “1930 wages” for my artwork throughout my life — oh well, maybe SOMEDAY I will be “appreciated” and actually be paid well for my art . . . sigh . . . 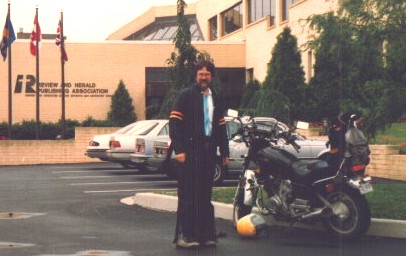 Yes, SOME jobs have been OK — in 1989 I got a chance to do some freelance work for the Review and Herald in Maryland on their “Evidences: The Record of the Flood” video — I’ve owned several motorcycles, mainly because I was TOO POOR to afford a car!  (Then there was the time in 1982 when I ran over a nail on the freeway and had my rear tire blow out . . . ! )   I just did the line inking of the sectional diagrams on Mark Ford’s Evidences video.

BELOW:  My favorite art desk!  Most of my life I have just used a lap board to draw on — but in 1981 I found this great drafting table in a used furniture store!  All those drawers were GREAT!  Unfortunately, in 1985 when I left California I had to sell the table — and I’ve regretted it ever since!  Someday I’d really like to find another one of these desks! 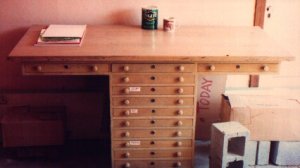